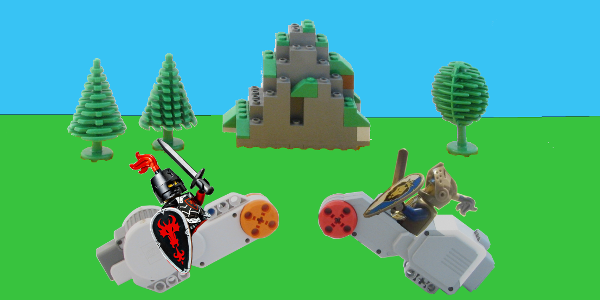 The large motors for the NXT and EV3 are very similar in design and functionality. However, there are some differences.

There is no difference in the programming of these motors. The EV3-G and NXT-G environments require the use of the same block. Also, all of the third party libraries for use with different platforms and adapters use the same programming method for both the motors.

At first glance it is easy to see the differences in design, as each motor complements its corresponding brick. The NXT motor has rounded corners and an orange wheel. The EV3 motor has a more futuristic look with sharp corner a bright red wheel.


The two motors are roughly the same size, giving the illusion that these motors are interchangeable. At closer examination, it is obvious that these two wheel require different mounting procedures. The NXT motor has all rounded holes, whereas the EV3 motor connections have rounded as well as cross axle holes. The EV3 motor also has an extra row of three holes near the electrical port, making the EV3 motor slightly more versatile. Also, the holes are in different places in relation to the wheel. The holes of the EV3 motor sit much lower and some are even shifted to one side. 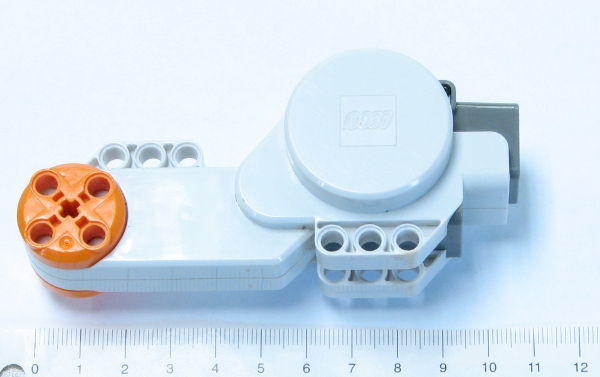 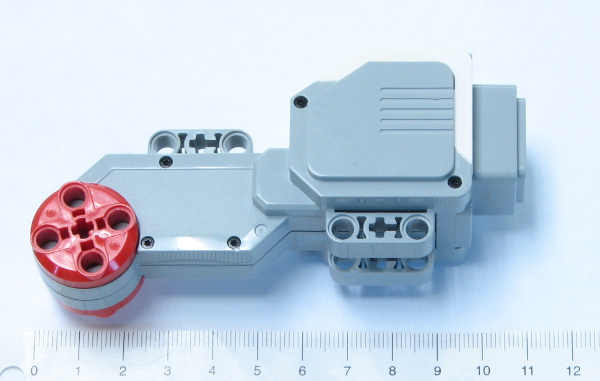 These two motors run at similar speeds when used with the EV3. When used with adapter or shield for other platforms (PiStorms, EVShield), the experience is much different. The EV3 motor runs at a noticeably higher speed than the NXT motor. I am only speculating, but I believe the similar speeds on the EV3 are linked to the EV3 brick and encoder feedback.

The large NXT and EV3 motors have somewhat similar rpm and current draw. Detailed information can be found at http://www.philohome.com/motors/motorcomp.htm

Both motors will work great in any project that requires LEGO motors. However, I recommend using the same type of motor for your drive train or anywhere that requires motors to run in sync.  For example, if your right foot stride is twice as long as your left foot stride, then you will always be walking toward the left. Be sure to pick your motors carefully for the task at hand. If you do not have enough of one type of motor or notice that motors are running at different speeds, then you can use the software to sync your motors by tuning the speeds in your program. After all, you want your designs to run circles around other robots not just run in circles (unless of course you program it that way).